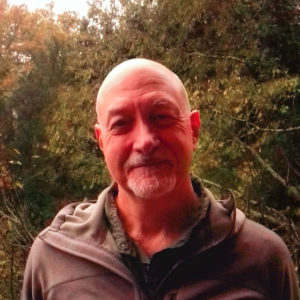 Born in 1953, he graduated in History of Art at the La Sapienza University of Rome and attended a course in interior architecture at the European Institute of Design.

Illustrator of architectural perspectives and books for young adult, mainly based on natural and prehistorical themes.
He collaborated with architecture firms, with the WWF and with many Italian, English and French publishers to illustrate books translated into various languages.
He decides to leave the city of Rome and, having found an old medieval farmhouse in a gorge of northern Lazio, he restores it and makes it his new home.

For some years he’s been working on autonomous projects and carnet de voyage.
The drawing, combined with short texts, is a way, even a physical one, to know and contemplate nature and the world.