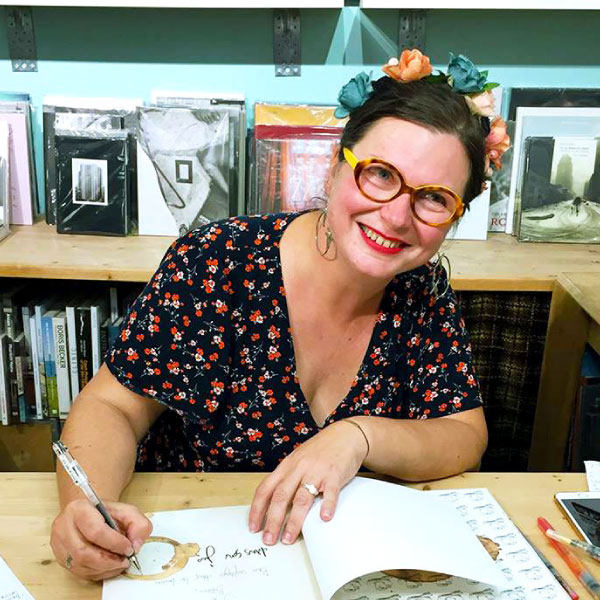 Cendrine Bonami-Redler,
With a dual background (graphic design and then interior design), she’s a graphic designer with a spatial vision, teaches in three high schools and gives lessons on drawing.

Moreover, she draws. She looks at what we do not see anymore. She preserves what is bound to disappear. She draws to keep a record. It’s just the life that inspires her, the people who live in the world.

In 2013, she presented some drawings at the Rendez-vous du carnet de voyage de Clermont, and she left with the public award in her hands. The following year, she published “De baraque en baraque” with which she won the prize Medecins Sans Frontieres 2014 and the Presse Auvergne 2014, then the Public award at Vouvant and Carcassonne in 2017. At the Rendez-vous du carnet 2017, she wins again the public award with “Dans son jus”, a book published in 2018 by Élytis. In September 2019 will appear “Territoires condamnés”.

“Where do I start my mornings? Always in front of a coffee sitting at the bar counter! So that just came naturally to me starting drawing these places. There were always more and more “real fake old” coming out, and me, I want to keep a record of the so called “bistrots parisiens”. These places full of flavours, colours, stories and humanity.
All this in a book that took six years of work. And already, out of the 69 depicted, six have disappeared. That’s why doing it was an emergency.”